Carl W. Hirschmann Sr. established the Hirschmann Foundation in Zug in 1985. He had originally intended it to be a corporate foundation.

After his sudden death in April 1995, the family continued to run the Jet Aviation Group according to his philosophy and beliefs for the following ten years. In 2005, the family came to the conclusion that a sale was the best way to ensure the further dynamic development of the group and favoured Permira, a major private equity group. Carl W. Hirschmann Jr still maintained a shareholding.

Because the Hirschmann Foundation also held shares in Hirschmann Industrial Holding Ltd. and consequently in Jet Aviation, some of the profits were transferred to the Foundation. This made it possible for the foundation to pursue the objectives stipulated in its memorandum and articles of foundation to a greater extent.

Since 2007, the Hirschmann Foundation is primarily engaged in the areas of research and education, development cooperation and social matters.

The Board of Trustees

Barbara Rigassi, Dr. oec. HSG, has been a managing partner at BHP - Brugger und Partner AG for many years, where she has worked in the area of sustainability-oriented strategy and organisational consulting. She was a member of the management of the State Secretariat for Economic Affairs as well as a Director and Secretary General of a leading Swiss bank. As an independent director and member of the Board of Trustees, she can rely on a powerful network of contacts in business, politics and in civil society.

Carl Hirschmann is an independent entrepreneur who has represented the Hirschmann family for over 10 years as a member of the Foundation's Board. He has been initiating, supporting, and financing charitable projects domestically and abroad since the age of 25. He is co-founder of the company Rokbox, which promotes sustainable packaging in the art industry worldwide, and he runs a property company in Switzerland together with his brother Michael.

Raymond Loretan, who is a former Swiss ambassador, worked in the diplomatic service for more than 20 years after completing his law studies in Fribourg. Today he is the chair and member of several Boards of Directors and Boards of Trustees, including Vice Chair of AEVIS VICTORIA SA and Chair of the business newspaper L'agefi. He is also extensively engaged in various economic, cultural, and charitable organisations.

Dr. Ursula Renold is Professor of Educational Systems at the Swiss Federal Institute of Technology (ETH) in Zurich. She is also the Strategic Director of the Center on the Economics and Management of Education and Training Systems (CEMETS). In addition, she is President of the Board of the University of Applied Sciences of Northwestern Switzerland (FHNW). Before joining ETH, Ursula Renold was Director of the Federal Office for Professional Education and Technology (OPET) at the Department of Economic Affairs, Education and Research (EAER), in Bern. In this role she was in charge of the areas of competence of vocational education and training, universities of applied sciences and innovation.

Martina Weber, Executive Assistant with a federal diploma, acquired many years of professional experience in the foundation sector and completed further training at the Center for Philanthropy Studies at the University of Basel. 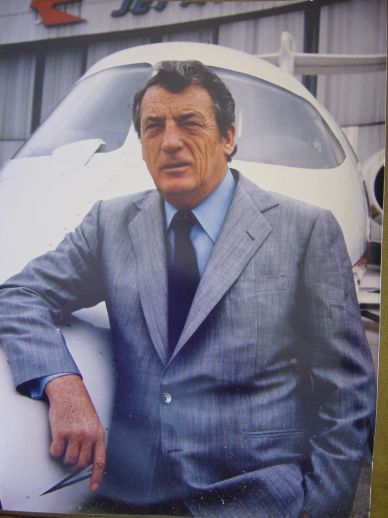 Carl W. Hirschmann Sr. established the foundations of his family business in the 1950s by founding a diversified group of companies operating in the machine tool trade, private banking, the hotel industry, tourism and transport, agriculture, and property.

In 1967 he founded the company Jet Aviation, first by acquiring the former Globe Air hangars in Basel and shortly afterwards by acquiring the maintenance and handling operations of Pilatus Air Service at the Geneva and Zurich airports. In doing so, he established the first well-known European maintenance company in the business aviation sector.

The aviation industry is characterised by high rates of growth, and over the years Jet Aviation grew to represent the most important sector within the corporation. This resulted in a strategic reorientation. The remaining companies were sold one by one. This made it possible for the Hirschmann Group to concentrate on its new core competencies.

Carl W. Hirschmann Sr. further expanded the aviation company in the 1970s and the 1980s. Jet Aviation increased its services in the areas of aircraft management and chartering. Its first maintenance facility outside of Switzerland was opened in 1975 in Dusseldorf. In 1979 an operation was added in Jeddah, Saudi Arabia, and subsequently in Boston, USA.

Further milestones included the completion of the interior of jets in Basel in 1977 and the strategic acquisitions in North America in 1988. The Group then expanded to become a global business aviation company with a workforce of 5,000 and a broad range of services. Centres of expertise have been established in Basel, Boston, Dallas, Dubai, Düsseldorf, Geneva, Hannover, Jeddah, London, Palm Beach, Riyadh, Teterboro, Singapore and Zurich.